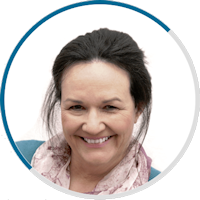 The importance of intimacy in relationships

Intimacy including sex is a wonderful part of a relationship, and improving this area of your life can feel absolutely perplexing but in fact armed with some knowledge, you can be on your way to having a satisfying and fulfilling intimate relationship.

Intimacy, including sex, is a wonderful part of a relationship. Improving this area of your life can feel absolutely perplexing, but in fact armed with some knowledge, you can be on your way to having a satisfying and fulfilling intimate relationship.

Masters and Johnson were pioneers in the area of sexuality, and proposed a fairly rigid recipe for “successful sex” that has confused everyone about the possibilities of sex. The wider and more flexible one’s definition of intimacy and sex and the order in which one does things… the happier and more satisfied one will be.

Masters and Johnson’s four-stage model of physiological responses to sexual stimulation is called the “human sexual response cycle,” and consist of the excitement phase (initial arousal), plateau phase (at full arousal, but not yet at orgasm), orgasmic phase, and resolution phase (after orgasm).

The above may work for some, and they can still have a really great time. However, for others the experience is not quite so ordered. The work of Shere Hite, and John and Julie Gottman suggest a much broader and more flexible approach.

There is one question when asked gently and authentically that is a great lubricant to the sexual experience. “What do you want me to do?”

The importance of having an intimate conversation

The Gottmans suggest that in addition to having a flexible attitude to sex (rather than following a rigid recipe) there are ways of having an intimate conversation that can then lead to acquiring a detailed knowledge of your partners sensuality and sexuality including:

There are often things we think we know, but often it is not until we ask the specific questions that we learn exactly what comprise our partners wants and needs.

It is also important to establish a custom or habit for initiating and declining sex. If a couple has an established or pre-agreed ritual for proposing or saying no to sex one is less likely to feel devastated that in the event that one’s partner is not in the mood for sex.

Get help to improve the intimacy of your relationship

If you’re looking to improve the quality of your relationship, Briony Barton provides relationship counselling specifically in the areas of intimacy. Contact Briony today.